It’s the grand finale for the Curl PEI provincial curling championship season, with three events starting on Friday – the U13 Open, the U18, with separate boy’s and girl’s divisions and new title sponsor Syngenta, and the PEI Curling Club Championships.

The Montague Curling Rink will play host to Curl PEI’s championship event for its youngest curlers — those under the age of 13 years, from March 6-8, with seven teams entered. This is an “open” event with any combination of boys and/or girls on a team. Teams play six-end games in a round-robin format. Final positions will be determined first by win/loss, then head to head between tied teams, then cumulative Last Stone Delivery (draw to the button) and finally by points (5 Points per win, 1 point per end and 1 point for difference of score to a max of 3).

Live results will be available at peicurling.com/scoreboard

Round Robin Draw and Schedule

The seven Men’s and seven Women’s teams will play round-robin draws, Friday through Sunday, with the top three teams after any tiebreakers advancing to their respective championship round on Monday and, if needed, Tuesday.

The provincial winners will advance to the 2020 Everest Canadian Curling Club Championships, which will take place Nov. 22-28 at the Ottawa Hunt and Golf Club.

Click for player info. M=Men, W=Women
(Some players may not yet be listed)

The Syngenta 2020 PEI Under 18 Curling Championships take place March 6-8 at the Western Community Curling Club in Alberton, with three girl’s and three boy’s teams taking part, including two-time defending boy’s champs the Mitchell Schut rink, and the Katie Shaw team, three members of which were on the Lauren Ferguson rink who won the girl’s division the last two years. Ferguson is playing third stone on the Rachel MacLean team this year.

This year’s winning teams advance to the 2020 Canadian Under-18 Boys and Girls Curling Championships, Operated by Curling Canada, April 20-25, 2020 at the Countryside Arena, Sudbury, Ont.

Live, end by end results from the provincial event will be available at PEICurling.com.

(Will not be updated during event. Refer to live scoring for draw progression) 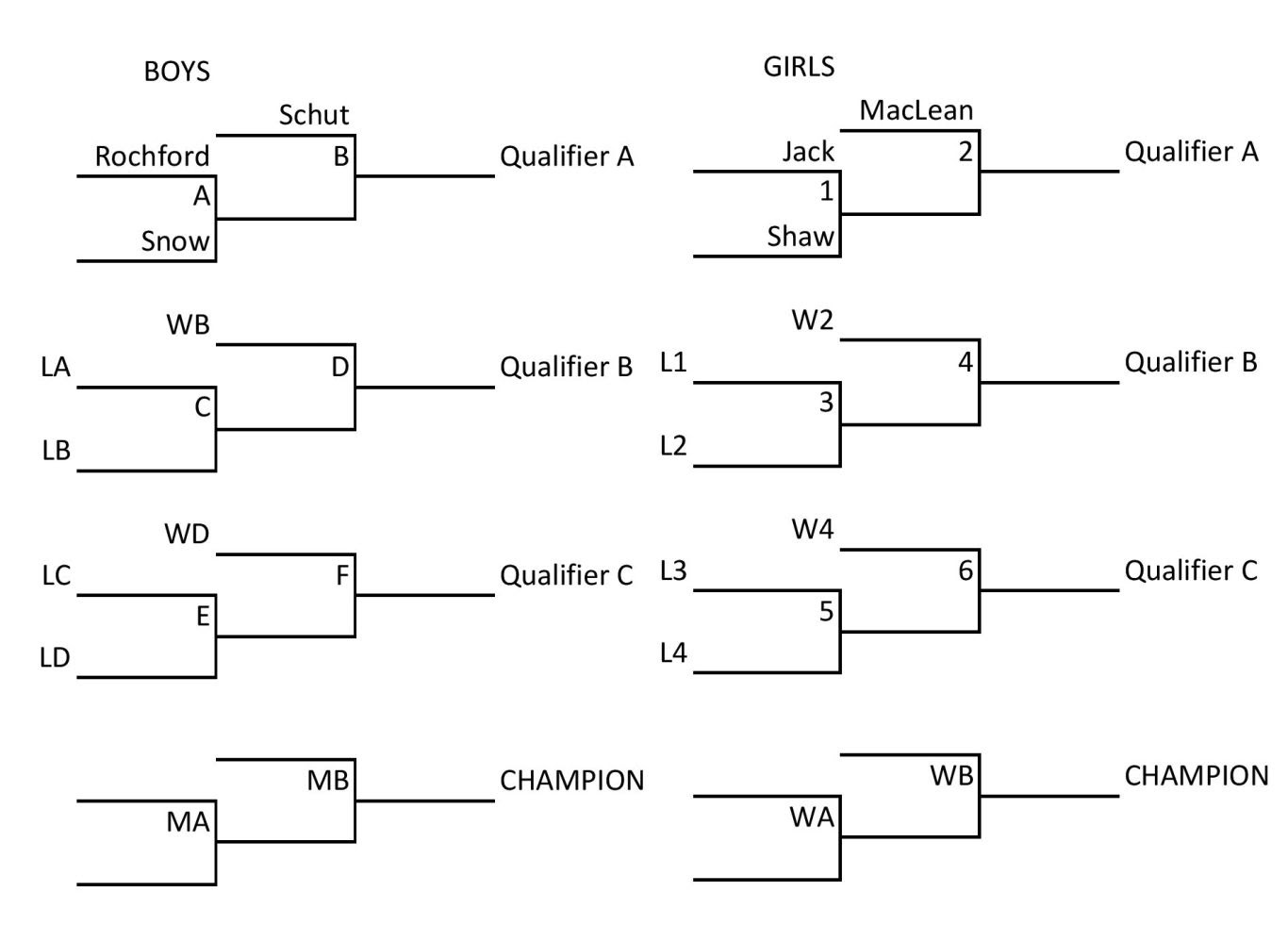 Explanation for MA/WA and MB/WB:
1. One team wins all three qualifiers: Championship Round is not required.

2. One team wins two qualifiers. They play in both MA/WA and MB/WB (and win the event if they win either game), while the other winner plays in MA/WA (and has to win to advance to MB/WB).

*Qualifying games have game number/letter highlighted in yellow on the schedule.